- January 16, 2020
The Decarbonization Savings Bank rewards all Maine residents for investing in the development of “green” infrastructure that will replace the fossil fuel-dependent infrastructure on which our inherited economy depends. A basic bank function is to gather small deposits and issue mortgages, i.e., large loans. Key aspects of this bank are: Deposits A guaranteed 3% return for small deposits of $1 to $50,000. Interest  earned above $50,000 are returned as a dividend. Simplicity. Transactions are limited to straightforward deposits and  withdrawals. Focus is on savings. Your money is always available to you. Deposits are  made with one-click simplicity. Transfers can be made as direct deposits  to  commercial banks or on-line payment systems, and withdrawals can  be made  as debits within the State. Low overhead and administrative cost. Simplicity allows most bank functions  to be fully automated. This in turn allows margins between interest paid to depositors and interest charged to
Post a Comment
Read more 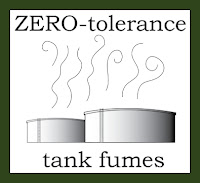 Technology has advanced since the development of the Clean Air Act in the 1970's, and in the past ten years, detectors of hazardous air pollutants (HAPs) have become reliable, affordable, and mobile. This means that direct measurements can be made on-site and on-demand if there is suspicion that an industrial emitter of HAPs is flooding public spaces with toxic emissions. The Clean Air Act sets a floor – a minimum standard – for HAPs emissions from industrial sites. It does not set a ceiling. More stringent emissions standards may be issued under State authority. This State authority can be extended by the State of Maine to local municipalities that choose to adopt stricter standards. This rule change at the State level is what I will propose. What remains is a question of enforcement. When detectors were large and expensive and centrally located, direct measurements in real-time were difficult if not impossible to obtain. Consequently, Clean Air Act regulat
Post a Comment
Read more 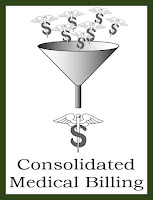 Of course certain surgeries routinely require anesthesia. Many critical diagnostic procedures such as X-rays and CT scans are part of routine medical procedures. Why is it then, that these are billed separately as if you would willingly opt out of them, as if you can shop around for them separately? Why are these particular attendant services treated separately (and not others), like nursing services or the services of the primary doctor? The answers given have more to do with the arbitrary territorial boundaries that providers of these services have carved out for themselves over the years. But when a patient seeks a medical service for a chief complaint, these services are coordinated by a receiving hospital or provider, who then assembles these services with zero patient input. That receiving hospital or provider can (and should) also coordinate billing. Let’s say you are admitted for a routine medical procedure – and by “routine” I mean an uncomplicated procedure tha
Post a Comment
Read more

ESTIMATES WITHIN 10% - MEDICARE FOR ALL 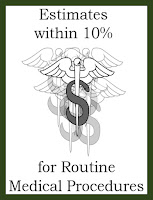 Medicare reimburses health care providers according to a schedule of payments. A “Prospective Payment” that is based on the world’s largest and most realistic data set for locally-adjusted health care costs. Some health care providers, private nonprofit and for-profit providers mostly, grouse at the low reimbursement. Why? Because the Prospective Payment schedule does not provide for huge allowances for bloated and unnecessary administrative salaries, marketing, profit, and other costs that have nothing to do with patient care. This is why Medicare for All is so necessary to reduce spiraling health care costs. So how do hospitals and insurance companies determine the cost of services? The answer is the black box known as Chargemaster. See the description Chargemaster here: https://en.wikipedia.org/wiki/Chargemaster Chargemaster intentionally obscures medical costs for patients and defends as a trade secret the inputs and formulas used to derive these costs. Costs are purposely,
Post a Comment
Read more 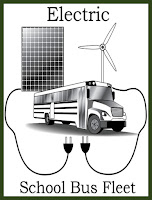 The commitment to ditch fossil fuels must start in earnest and head-on. Electrifying the school bus fleet is low-hanging fruit in achieving decarbonization by 2045. This is literally and figuratively where the rubber hits the road.  The technology is available and will only improve with large commitments of purchases, which can be done by the State of Maine. Indeed the commitment to decarbonize by 2045 makes the business-as-usual purchase of fossil fuel buses no longer an option. Yes, the purchase price of these buses are about twice to three times that of fossil fuel buses, but, importantly maintenance costs are 1/9 that of fossil fuel buses, and this ends up realizing long-term savings.  Yes, it it saves money to make the switch to electric.  My own efforts to electrify the local South Portland School bus fleet have been warmly received, but not warmly enough (yet) to make it happen. The budget cycle is under way and resistance to electrification of the fleet
Post a Comment
Read more

Natural gas (methane) is currently supplied in Maine from fracked wells in Pennsylvania. But methane can be produced sustainably from dairy farms and waste water treatment facilities here in Maine. To some extent, it already is (See: https://bangordailynews.com/2019/05/23/business/maine-natural-gas-company-has-big-plans-to-turn-cow-manure-into-renewable-energy/ ). Guilt-free home and industrial heating in the cold climates of Maine can be achieved by integrating anaerobic digestion more fully into municipal waste management systems (See: http://www.engineersjournal.ie/2018/01/09/sustainable-developments-anaerobic-digestion-wastewater/ ). Natural gas has been called a "bridge fuel". This is the other side of that bridge. See Eben Rose Webpage: https://www.ebenrose.com/ FACEBOOK: User must login https://www.facebook.com/EbenRoseforMaineSenate/
Post a Comment
Read more 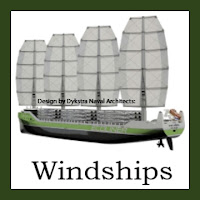 Awareness and activism over climate change has to translate to policy and action. But it is not enough for governments to nip at the margins of industrial excess through regulation to deliver us to carbon neutrality by 2045. It is not enough to wait passively for some silver bullet, some technological breakthrough or combination of breakthroughs coming from the private sector to deliver us carbon neutrality by 2045.     Whole sectors of the economy must change in order to meet this goal. We need robust and directed research and development (R&D) to deliver us the world we want in 2045. Picture 2045, given our hopes and expectations for our own lives as of 2020. We want meaningful lives for ourselves and our offspring. We want to make ethical choices in our consumption habits. We want security and sustainability. All these general goals are the language of the Green New Deal. At a pedestrian level, we want coffee in the morning after a good night’s sleep. We want comfo
Post a Comment
Read more 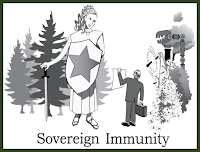 The first modification of the Constitution after it was adopted, emerged to remedy a concern over the vulnerability of States to private and foreign lawsuits that would essentially, nullify their authority to make laws at all. The 11th Amendment extends the right of sovereign immunity to States. States can waive this immunity, and sometimes they do. But courts have long upheld sovereign immunity (as long as it does not interfere with the 14th Amendment’s abolition of slavery). Sovereign immunity is a handy tool in the tool chest that can be used in defense of environmental laws. Clean air, clean water, and preservation of nature are, after all, sovereign interests within a state’s borders. They can can and should be spelled out as such. That relates to States though, not local governments. Local efforts to create a more democratic and sustainable world through environmental laws will inevitably receive opposition not only in enacting them, but also afterwards in lawsuits brought by we
Post a Comment
Read more